Are our “democratically” (sic) elected political rulers stupid, or am I missing something?

Am I missing their utter corruption, their stupidity, their incompetence? All of the above?

It was obvious from the “get go” that Russia was in the driver’s seat.

“We provide the oil and gas. You need it. You pay us the way we want.

“What part on NO (we will NOT accept Dollars of Euros) do you NOT understand?”

“PLUS, remember, you guys have broken the contract (private property is sacred) by stealing 700 billion of our money that was residing in your countries.”

“Why in tarnation should we respect a contract that you have broken?”

Any moron with an IQ above room temperature can understand that.

But apparently, not our gloriously elected “democratic” leaders.

Until REAL reality sets in.

Europe does NEED the gas and oil from Russia .

This is from April 15, so Deutsch Kanzler Scholz said it on the 14th. 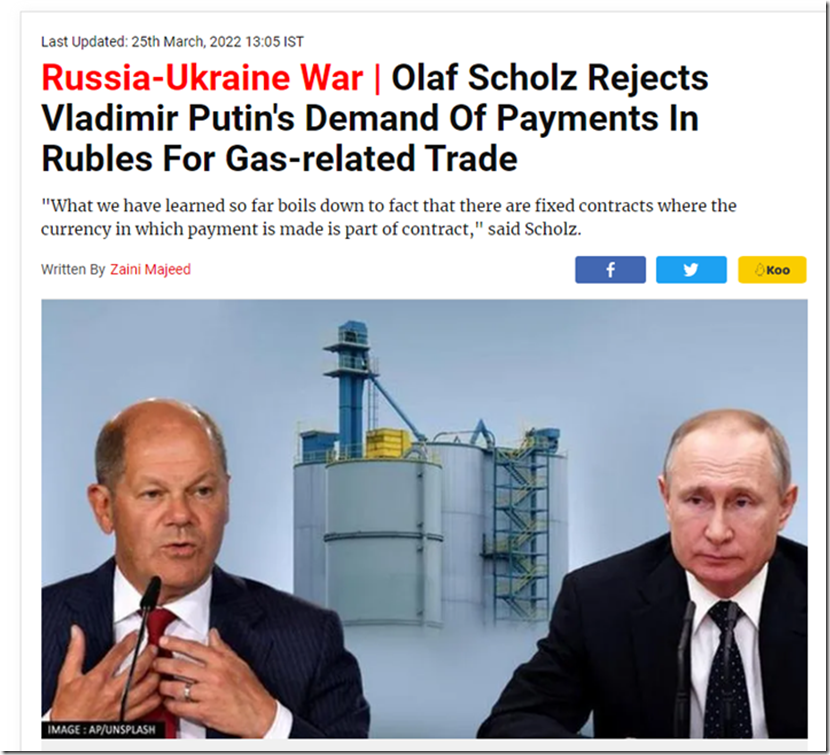 So, a serious question; are they stupid, incompetent, corrupt? Everything?