Vox Day is a very smart man, full of reason, BUT he does have some serious blind spots.

The Incels and the WGTOW trigger a furry in the mind of the man.

See if you can spot the gap in Mr. Vox Day’s logic:

All the cowards and Incels on Gab were triggered by this.

The future belongs to those who show up for it. Stop whining. Start fighting by getting married, having children, and planting the acorns of the trees in whose shade your grandchildren will play. Yes, there are risks. You might get your heart broken. You might lose half your toys. So what? Action requires risk and risk is inherent to life. 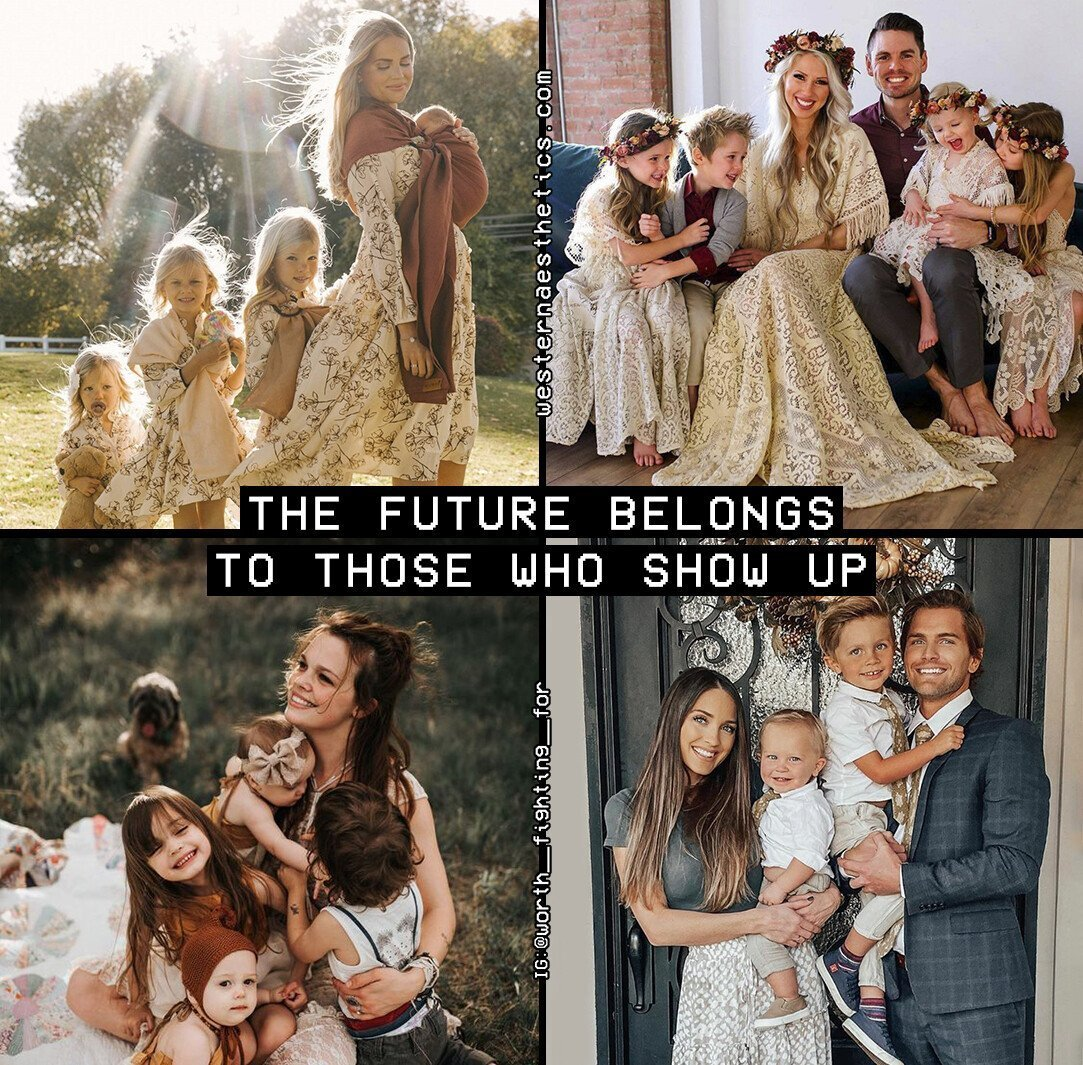 The picture above is the IDEAL that does exist to a VERY limited extent. You would think that the above poster is straight from Mussolini’s Italy, Nazi Germany, Xi’s China or Putler’s Russia and/or from the Bible:

“GO FORTH AND MULTIPLY!”

VERY, VERY  good as an ideal, as an objective, as something to aim for. No doubt.

Stop for a moment,  look at the picture above, again. Ask yourself! How many people do you, personally, know are this attractive, happy, healthy, WHEALTHY and NOT overwhelmed by the trolley of children. Raising children is exhausting work, IF you don’t have a maid. Maybe they all signed a PreNup, or something.

You would think Mr. Vox Day to be some kind of Aryan Supremacist; they are ALL good looking , all White, Blue Eyed, LOTS of Blondes (is 50% even close to White reality?).

Plus, Mr. Day only has two children (below replacement rate), SO he is not fully walking his talk. Did he hire a maid? From the Turd World? Inquiring minds would like to know. Writing and blogging and videoing and directing companies is a full time job, you know.

However, to all intents and purposes THIS is the sad reality:

This is the abject REALITY after 50 years of Feminazi brainwashing like this:

FemiSexist Sluts in the City

FemiSexist GIRLS in the City

For some bizarre reason,  Mr. Day is NEVER telling women, like the ones above, that they are “irrelevant and their inferior genetic line will end with them, due to their cowardly narcissism”. One wonders why.

Mr. Day sounds like a Drill Sergeant at the Battle of the Somme.

“OVER THE TOP” with you scum!

Go and “take risks to build the future ”.

Action requires risk and risk is inherent to life and limb.

We CAN and we WILL “build the future”!

To see what I mean, this is Mr. Vox Day at the Battle of Stalingrad instructing the Incels and the cowardly MGTOW to

The “evil” Russkies are still around, you know, but 25 million INCELS short.

Stalingrad! What a GREAT movie.

Hundred of thousands of INCEL Heroes who died to build the future of the Soviet Union.