Our civilization is held together by a pact: mid men get pussy, everyone else gets core infrastructure.

This pact harnesses the single greatest source of psychic energy known to man: men’s desire to secure the partnership, youthful attention, and children of attractive women. It comes at a cost — high status men have to give up access to pussy they’d otherwise have, mid women have to settle for mid men early instead of sharing a high-status man for a bit and then otherwise remaining single / mercenarily marrying at old age, which they’d prefer … but the cost is almost certainly worth it for everyone involved. Plumbing is nice, you know.

The former paradigm doesn’t come for free; in general, you’re going to need to build a social apparatus — religion, behavioral mores, unnatural standards — to shame women into it. And that shaming will inevitably make real, normal women unhappy. But in exchange you get more civilization.

Of course, different people have different tastes regarding the right amount of female shame to trade for plumbing and technological progress. But recently (e.g. in roughly the past century or so), an unhelpful notion has emerged; approximately, it’s the idea that you can take the trucker, give him the ugly wife, and get him to work as hard as he would if he had the hot wife with … shame. Needless to say, this notion is a core load-bearing-column for feminism.

At the bottom of it, the problem with this idea is that it’s not feasible in the long run; the women who cooked it up suffered from the typical mind fallacy, imagining men to be much more vulnerable to social shaming than they truly are. There’s generally only one thing that will motivate men to build more civilization — and it’s not shaming, it’s fucking disgusting.

The long-run, inescapable equilibrium is one wherein truckers with ugly wives will not work as hard, and truckers with no wives may not work at all. Of course, all sociological systems are propped up by a mix of social conditioning and biological impulses, and re-equilibration is never instantaneous. A man raised under the hot wife paradigm might internalize certain principles like “a husband should sacrifice for his wife,” and continue to abide by those principles blindly even when he ends up marrying a sort-of-ugly woman. In the near term, the feminism egregore (collective group mind) is banking on this precarious inertia carrying civilization forward, at least until a more sustainable solution can be discovered.

The incel is the single greatest threat to such an outcome, and therefore has captured the feminism egregore’s attention. Incels, as such, are not really a direct threat to anything; by construction, they’re too few and uncharismatic to do much of anything beyond random acts of small-scale violence. What they have managed to do, however, is speed-run the conjuring of a new egregore. Who knew that tight-knit groups of highly intelligent autistic men monomaniacally focused on a single problem could generate powerful ideas?

Surely, the original incel memeplex had a few delusional duds — what is a wristcel, really — but it also inevitably had some biting hits: cock carousel, wall / beta bux, hypergamy. And, crucially, social dynamics weaned out the former over time: as the modal community member moved away from St.BlackOps2cel and towards Andrew Tate, only the ideas that reliably square for the average mid guy made the cut.

We’ve gotten to the point where the most prominent voices in the incel egregore are well-educated 8/10 men advocating partly on behalf of their social inferiors and partly out of an aristocrat’s taste for social arson. The ideas it espouses are facially correct for the average Joe, and it’s sanded-off enough rough edges to begin to jump from 4chan to normie sites like TikTok.

The incel revolution is now in the streets. Re-equilibration will proceed apace and mid men will progressively back out of their end of the deal. This poses a civilizational.

Feminism — a political programme which seeks to liberate mid women from their end of the bargain — will not go down without a fight. As the incel egregore gains converts, and mid men start defecting, it will generate a number of copes for its supporters.

AI/Robotics/Immigrants that will replace mid men are right around the corner, and then we’ll have plumbing again!

Right now there’s just a crisis of masculinity — if you help us shame mid men just a bit more, they’ll go back to being “responsible” (pay pigs)!

Men are being psyoped by baseless radical ideology; if we tweak the algorithm, they’ll go back to what your dad was like!

Men needing hot wives is only true when they’re socially conditioned to be pigs. We can convince them to work hard for ugly wives, they just need a bit of education!

These copes won’t do much of anything — the cat’s out of the bag — but they will generate a lot of heat. Much social commentary in the coming decade(s) will be exercises in such feminist cope, as the promise of cost-free female defection from the civilizational bargain slowly dies and the proverbial bill comes due for defectors. This process will be psychologically painful for many; the music will stop and tens of millions of mid women will realize that they’re priced out of the “eligible” husband market altogether. Female social circles will be rent into sexual haves and sexual have-nots.

The havoc these women will wreak won’t be insubstantial. The terminal feminist cope — that men changed the game on them halfway through — will be absolutely true. Their prospect of having it all, a defect/cooperate outcome, will evaporate in a few years’ time. The fuck rate will plummet, and there will be hell to pay.

Imagine Katie, a 55-year-old mid woman, perpetually on a double dose of lexapro and atavan, leaving her low-wage mid-management desk job a few hours early in order to make a birthday party held for her friend’s mini poodle. Now multiply this by 30 million, each one spewing misery and social havoc into the world for decades on end. Given that we’re already at the Andrew Tate stage of incel ideological saturation, we should get our first cohort of Katies in five years or so.

Put simply, we have a major civilizational unraveling on our hands. Much of the things we assumed were conjured up by the magic of modernity — reliable core infrastructure, cheap food/energy/shipping, functional business apparatus — were in fact gifts bestowed upon us by a hungry god. We stopped sacrificing delicate virgins to him and tried to offer angry fat hags in their stead. He’s wised to the ruse.

Omg, my friend 33-year-old Meredith with an MPH from {tier 2 school} working {70k/year email job} is not an angry fat hag! She’s a total catch, and you’re sexist.

Listen, I have nothing against Meredith. I’m sure she’s … nice. But the hungry god doesn’t care if she’s nice; the hungry god cares if she’s thin, young, submissive, virgin. The hungry god is sexist because 5000 years ago only 1 out of 17 men passed on their genes and viewing women as pieces of meat helped many of them thread that needle. He evaluates Meredith as a piece of meat and always will; no matter what I think of her, on his altar Meredith will always be an ugly fat hag. You can stop sacrificing to him, sure, but don’t be surprised when his gifts stop coming.

He won’t always be sexist. Men only objectify women because of social conditioning, which we can undo as a civilization. I sort of agree, actually. You can brainwash most people into aping whatever behavior you like. But, while you can manipulate their minds, you cannot dupe their spirits and flesh. Men tip fertile strippers double what they tip infertile strippers. Do you think they’ll behave any differently when you ask them to pay for pussy with their sweat? The male body intuitively knows which prizes are worth fighting for, and which ones warrant only a holding pattern at best.

No shaming will change this, ever. You may nominally hold onto full mid male employment, but the output will be greatly reduced. This is the absolute best-case scenario here, anything more promising is delusional cope.

Girlbosses will compensate for reduced mid male productivity. There are women willing to clean sewers, drive trucks, and run unfashionable businesses, but they’re outliers. Could this change? I guess. But we’ve had feminism for 60 years and most women still choose lower-paying alternatives. I’d bet against a sudden transition of mid women out of the email labor market and into the core infra labor market any day of the week, and deep down you would too.

This is a revenge fantasy. You’re an incel.

I don’t really have a dog in this fight, as rich girls never really stopped being thin, cute, virgin, and nice. If I really needed to pair up with a mid-girl I’d use my SMV to find one of the good ones.

The Katies of the world won’t be girls who spurned me / my friends and got their good comeuppance; they’ll be 110 IQ, stage-2 p-zombies who got screwed over by a seductive egregore. Girls in a position to spurn me generally are >130 IQ, Kegan stage 4+, and highly agentic — they’ll be fine basically no matter what, which is part of why I’m attracted in the first place (if you’re a woman and reading this, there’s a good chance you fall into group B and not group A, so this is your chance to feel good about yourself). If this is a fantasy, it’s contemptuous and sadistic, not resentful and vengeful.

The outlook here is simple: this will not be an extinction event, but it will put serious pressure on civilizational infrastructure and produce a metric fuckton of female suffering. Hedge against the former by going long consumer goods, short industrials, and befriending a few handy mid men with pathologically high morale.

Hedge against the latter by limiting social exposure to the kill zone — that is, concentrators of mid middle-aged women like academia, media, normie social media, politics, and corporate bureaucracy — sooner than later. It’s going to be a blood bath out there. 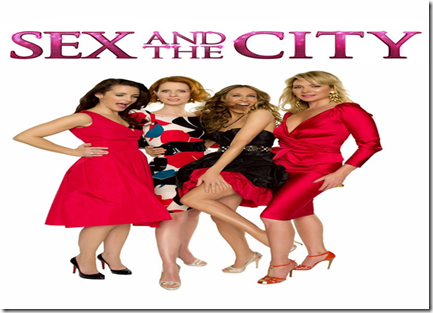 And, if you’re cool with casual sex (unlike me), and feeling particularly charitable, consider lending a Katie your companionship. Any little bit to prop up the fuck rate will go a long way.

Egregore (also egregor) is an occult concept representing a “thoughtform” or “collective group mind“, an autonomous psychic entity made up of, and influencing, the thoughts of a group of people. The symbiotic relationship between an egregore and its group has been compared to the more recent, non-occult concepts of the corporation (as a legal entity) and the meme.