Five Israelis who had worked for a moving company based in New Jersey are being held in U.S. prisons for what the Federal Bureau of Investigation has described as “dancing behavior” following the terror attack on the World Trade Center in New York last Tuesday. The five are expected to be released sometime soon (despite illegally residing in the United States and working there without permits).

The families of the five, who asked that their names not be released, said that their sons had been questioned by the FBI for hours on end, had been kept in solitary confinement for three days, and had been humiliated, stripped of their clothes and blindfolded.

The mother of one of the young men explained the chain of events as she understands it to Ha’aretz:

She said that the five had worked for the company, which is owned by the Israeli Mossad, for between two months and two years. They had been arrested some four hours after the attack on the Twin Towers while filming the smoking skyline from the roof of their company’s building, she said. It appears that they were spotted by one of the neighbors who called the police and the FBI.

The mother said that the families and friends of the five in Israel had known nothing of the men’s whereabouts for a number of days.

“When they finally let my son make a phone call for the first time to a friend in the United States two days ago, he told him that he had been tortured by the FBI in a basement,” the mother said. “He was stripped to his underwear; he was blindfolded and questioned for 14 hours. They had realized that because he has citizenship of a European country as well as of Israel that he was working for the Mossad [Israel’s secret service].”

Seven FBI agents later stormed the apartment of one of the Israelis, searched it and questioned his roommate. The Mossad Israeli owner of the company, who has U.S. citizenship, was also questioned. Both men were subsequently released.

The five were transferred out of the FBI’s facility on Saturday morning and are now being held in two prisons in New Jersey by the Immigration and Naturalization Services. They are charged with illegally residing in the United States and working there without permits.

The Foreign Ministry said in response that it had been informed by the consulate in New York that the FBI had arrested the five for “dancing behavior.” They were caught videotaping the 9/11 disaster and shouting with cries of joy and mockery.

This week, Matthew Rodrigopulle, a reporter for Global News Regina, died suddenly in his home. He was only 24 years old.

Global Regina morning show anchor Kimberley Fowler shared the shocking and tragic news of the passing of Matthew Rodrigopulle during a live telecast.

“Before we leave you this morning, we have some sad news to share. This is our first morning back on the air after a member of the global Regina team has passed away,” Fowler announced while shaken up.

Well, one more ShiteLib “SUDDENLY” down, to there is that.

Makes me chuckle every time.

I thought these Brahmin were all smart.

Thousands of more Swiss than usual are dying for unknown reasons. Whatever could it be?

The Tages-Anzeiger has a curious piece on the sustained excess mortality trend that has gripped Switzerland since the start of the year. The persistent slight elevation, which has never been seen before, has yielded 3,000 excess deaths through the end of August.

Particularly unusual is the duration of the trend. More than half of all weeks since the beginning of the year have tallied more deaths than average, an as-yet unobserved phenomenon. Official Corona deaths add up to a mere 1,100, and we know that in the era of Omicron, at least half of those are likely to be incidental. It’s obviously not the virus that’s killing these people. The preferred Science explanation is that a substantial portion of these deaths are “heat-related” and that these are the unfortunate consequences of climate change. In truth, the summer heat has been vastly overplayed by a press eager to transition back to climate-change narratives, and Swiss heat deaths even in record-setting years, like 2003, don’t break the 1,000 mark.

The Swiss healthcare system is also under considerable pressure, and here too nobody knows the reason.

Sustained, as-yet unheard of excess mortality trend strikes Switzerland, 9 September 2022.
No doubt the intrepid Swiss government already has its crack scientist-investigators on the case of this deeply puzzling medical mystery. Also, if you’re over 16, be sure to get your Covid-19 booster shot to contain a new wave of infections expected this autumn and winter…. 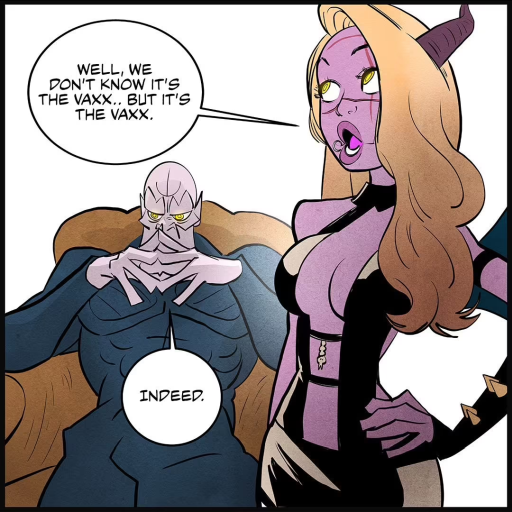 It’s obviously not the virus that’s killing these people.

No, of course not, it is the VAXX, just like the “nut case conspiracy theorists” were predicting two years ago.

“nobody knows the reason?”

Everybody knows the reason. It’s the VAXX.

The doctors and the medial establishment are totally corrupt.

Who in Tarnation believes that ugliness sells?

The Leftards are mentally diseased.

The Kharkiv region includes reserve formations of the armed forces

The reserve forces entered the Kharkiv region, the military-civilian administration of the region reported on Thursday, September 8, in the Telegram channel.

As reported with reference to the words of the chairman of the Council of Ministers of the region Andrey Alekseenko, the settlements of Balakliya and Shevchenko remain under the control of Russian troops and military-civilian authorities.

“The Kharkiv region includes more and more reserve formations of the armed forces. Fighting continues along the entire line of contact,” the press service said in a statement.

It is noted that the inhabitants of the region continue to provide humanitarian assistance, while the authorities recommend families with children to leave dangerous areas for a while.

On the same day, the head of the administration of the liberated territories of the Kharkiv region, Vitaly Ganchev, stated that Kupyansk and the Kupyansky district were under rocket fire, and also denied the information about the transition of the settlements of Balakliya and Shevchenkovo ​​in the Kharkiv region under the control of Ukrainian formations.

Earlier on Thursday, it was reported that the Russian military repelled an attempt by the Ukrainian Armed Forces (APU) to encircle the city of Balakleya. The Ukrainian army tried to take the settlement into the ring, but they managed to bend the line of defense a little only along part of the territory, then they were thrown back.

Prior to that, on September 2, it was reported that more than 330 servicemen had been lost in the Nikolaev-Kryvyi Rih direction of the Armed Forces of Ukraine. It was also noted that two militants were taken prisoner.

On August 31, Konashenkov announced the loss of more than 1.2 thousand militant personnel as a result of an attempted counteroffensive. In total, according to him, 1.7 thousand people were killed in two days.

On February 24, Russia announced the start of a special operation to protect the civilian population of Donbass. It began against the backdrop of the situation in the region that worsened in mid-February. Then the authorities of the DPR and LPR reported on the increased shelling by the Ukrainian troops, announced the evacuation of the civilian population in the Russian Federation and asked for recognition of independence. On February 21, Russian President Vladimir Putin signed the relevant decrees.

The point is to implement the WEF’s Great Reset.

You WILL own nothing and you WILL be happy (or else, you WILL go to the re-education camp).

It is hard to believe the Gretard was a little kid at some point.

She still has baby fat in the belly.

Being brainwashed by her wealthy Communist parents has not helped.

The subject of the conversation between Moscow and Kyiv may be how exactly the conditions of Russia will be met, said Dmitry Peskov, the press secretary of the Russian President. “Of course, about how our conditions will be met,” Peskov said in an interview with journalist Pavel Zarubin in the Moscow. Kremlin. Putin program, which was published on Vladimir Solovyov’s Telegram channel, answering the question whether Russia has anything to talk about with Vladimir Zelensky after his statements. When asked if Moscow’s conditions remain the same, the Kremlin spokesman answered in the affirmative. “Definitely,” Peskov said.